The following is a collection of ash pond news from March 2021. The intent of the newsletter is to summarize news regarding ash pond closure activities, lawsuits filed against utilities relating to their ash ponds, as well as regulatory changes impacting ash pond operations or closures.

This downloadable, three-page newsletter provides resources and explanations of ash pond news concerning a number of topics, including: 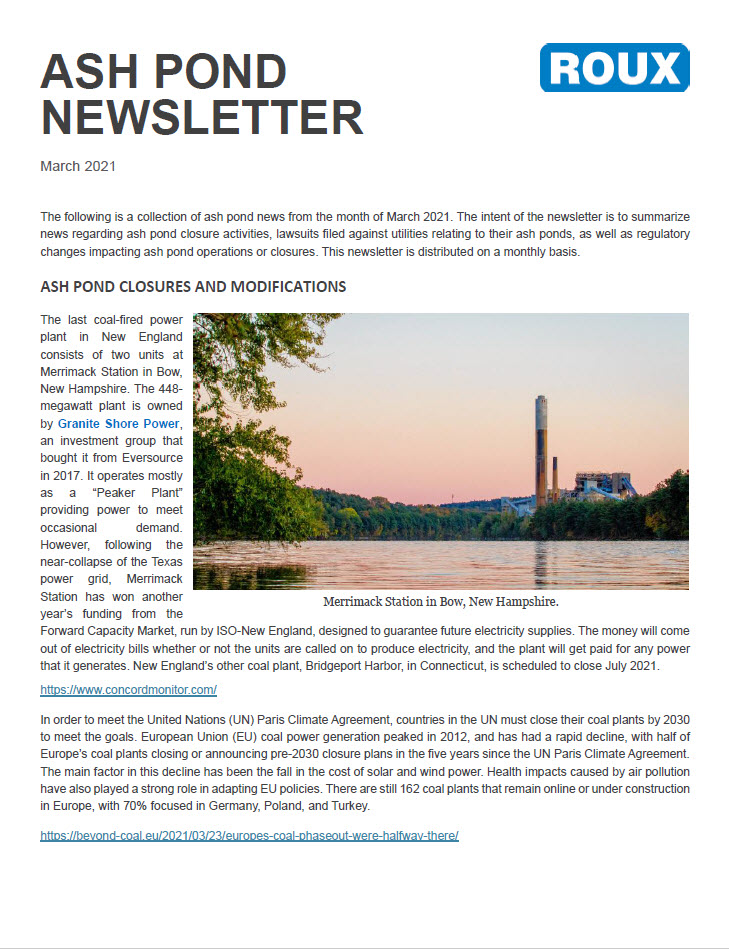