The following is a collection of ash pond news from August 2021. Our intent is to provide you with important news pieces to help inform your business decisions and keep you up to date about the coal and ash pond industry.

This downloadable newsletter provides resources and explanations of ash pond news concerning a number of topics, including: 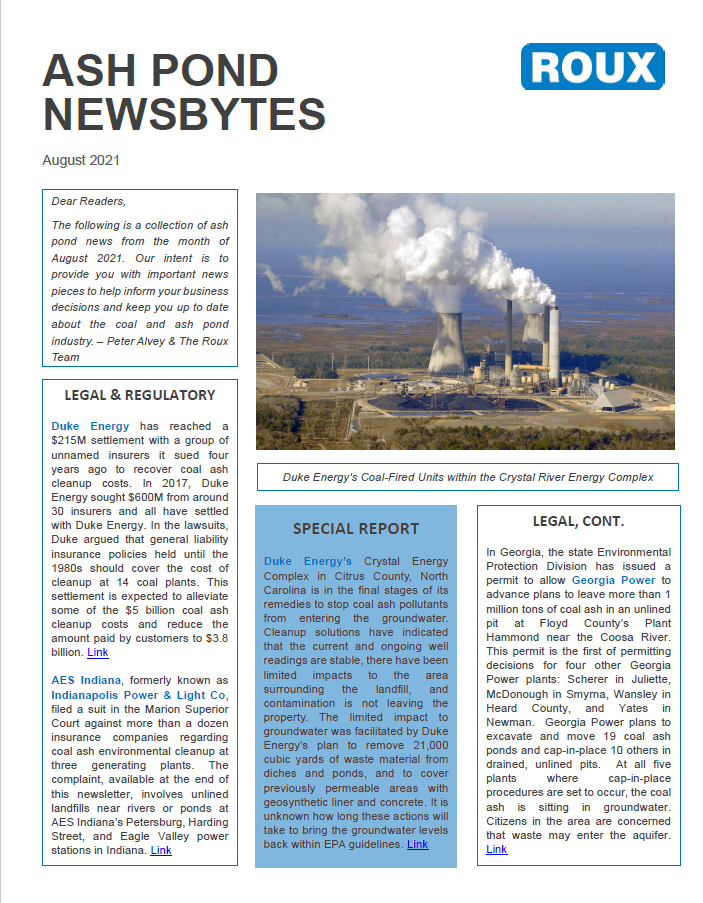